Samgyupan: flavors of Korean and Filipino Samyupsal to cater every Pinoy

Street food is one of the most consumed food in the Philippines. Every corner, there’s one that I cannot resist. In one corner, there’s kwek-kwek and fishballs, then on the other, there’s Banana Cue and Turon, then there’s another one cart that has lots of Bibingka and Sapin-sapin. I could go on and on but really, street food can satisfy and fulfill my hungry appetite.

As you know, Korean BBQ is everywhere. But are we forgetting our version of Pinoy BBQ?  Well here in Paranaque, there’s a restaurant that serves a fusion of Korean and Pinoy style Samgyupsal. 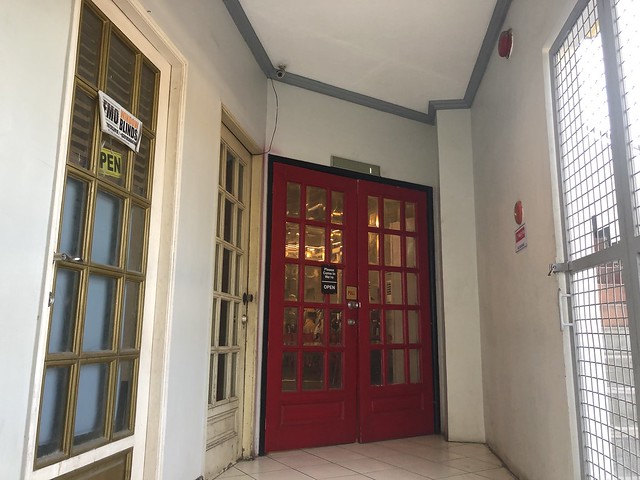 This red door will bring you to a well lit restaurant with comfortable seating either  for two or for groups. I like that there are couches for that relaxing vibe. 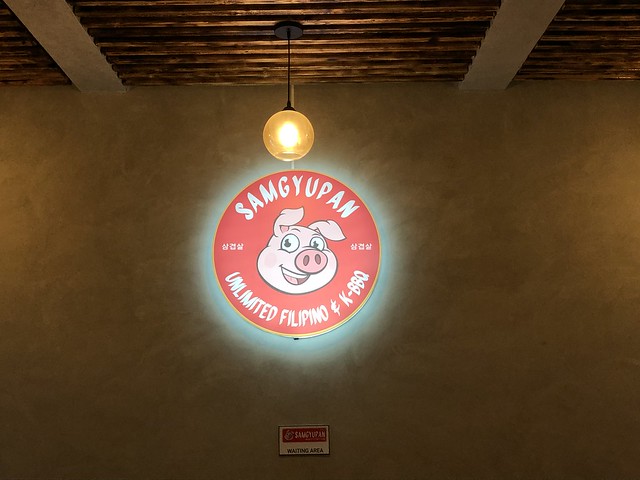 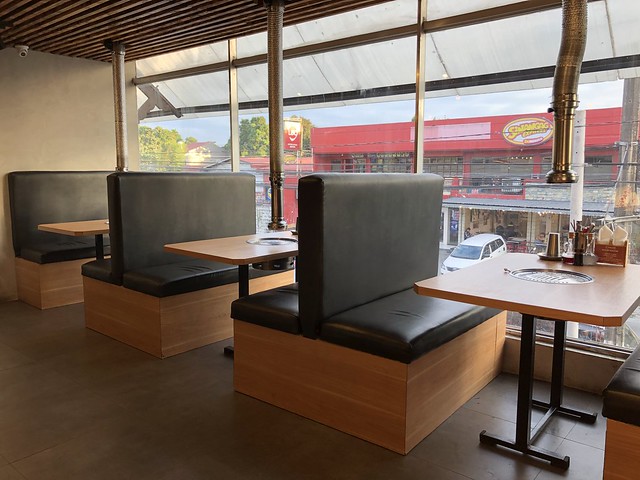 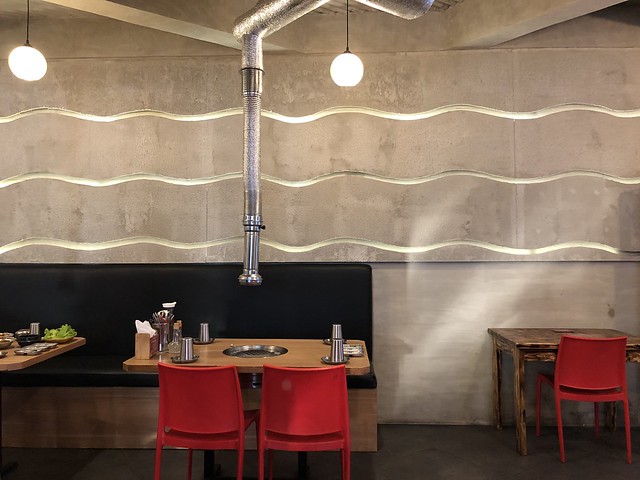 There is an adjustable exhaust in each table to make sure you don’t smell BBQ afterward. This place is air-conditioned, so you can grill all you want. 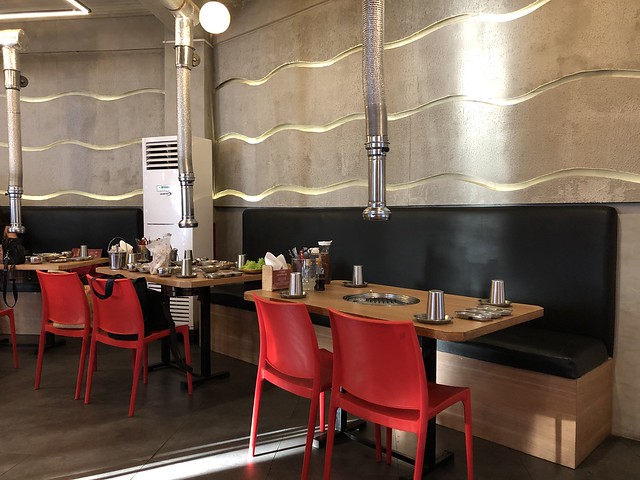 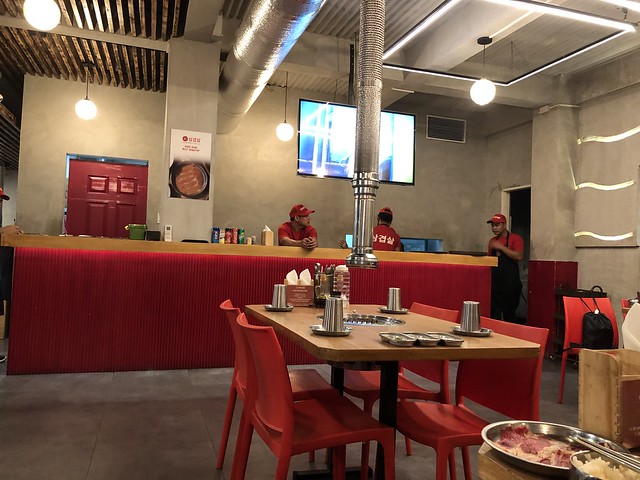 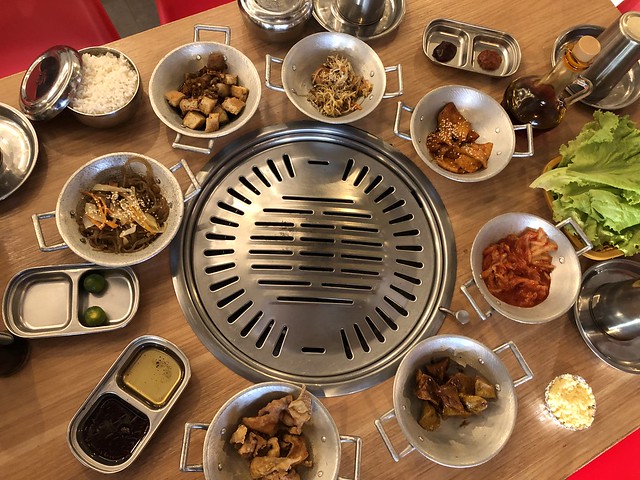 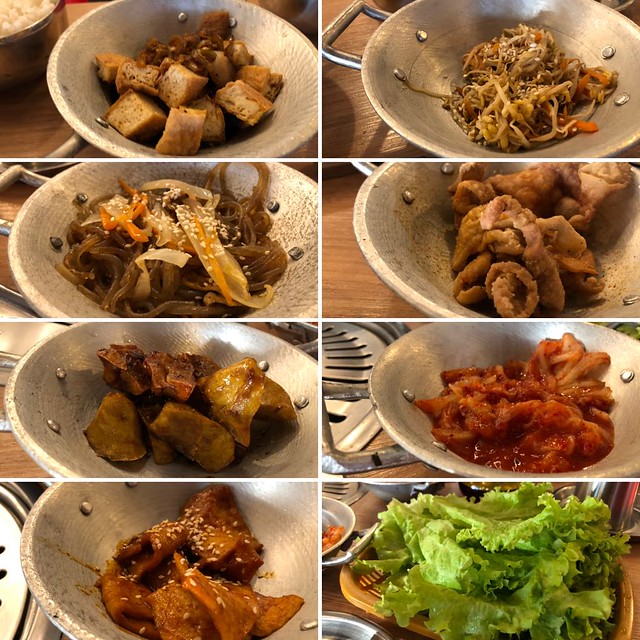 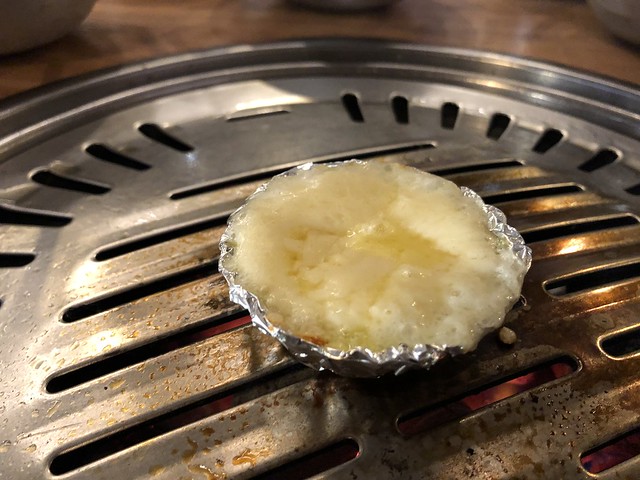 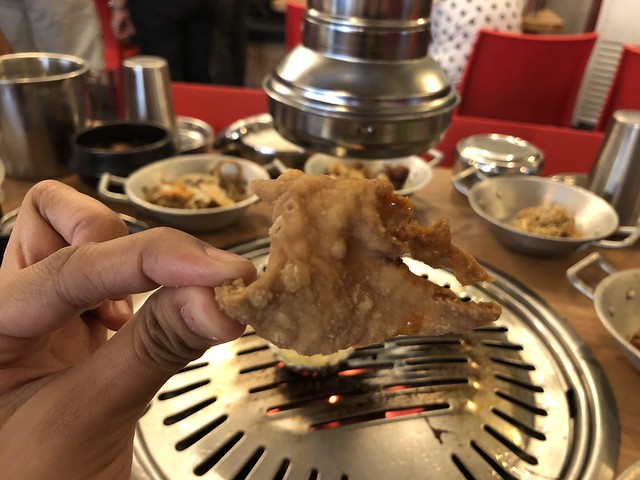 I tell you, this was the most refilled side dish that we had. The chicken skin was so crispy and it was flavored so good! It was addicting so you have to think of your health and refrain from getting too much. 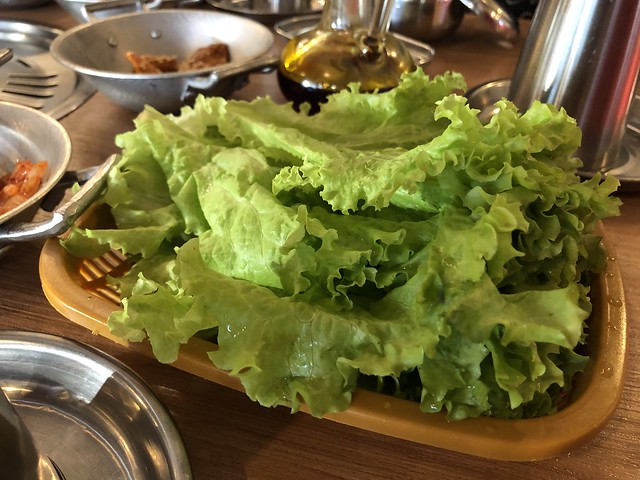 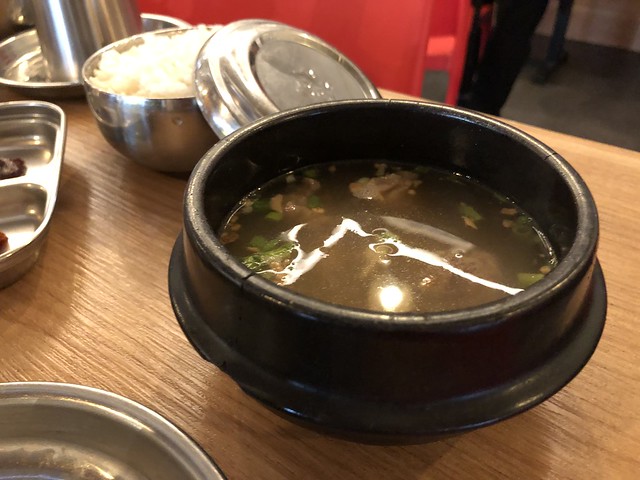 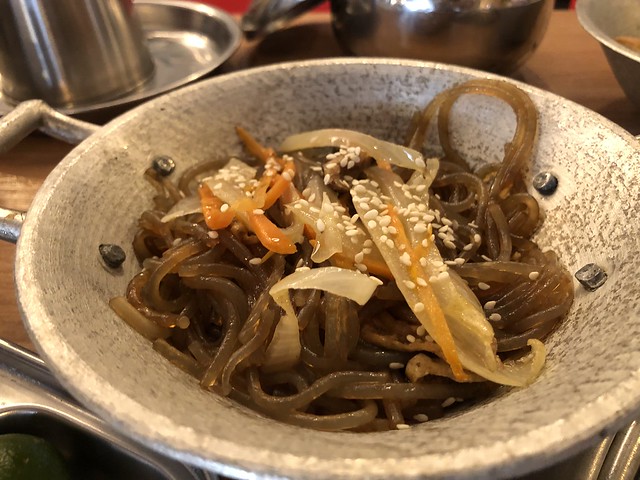 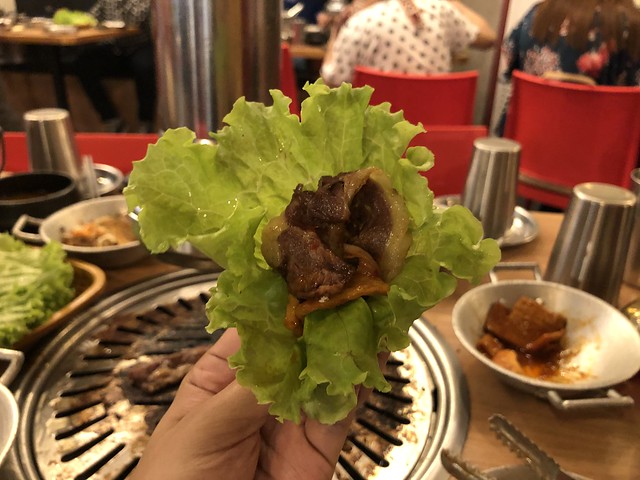 I liked the idea that some flavors of meat are so Pinoy and that  you will not be confused which one to get. 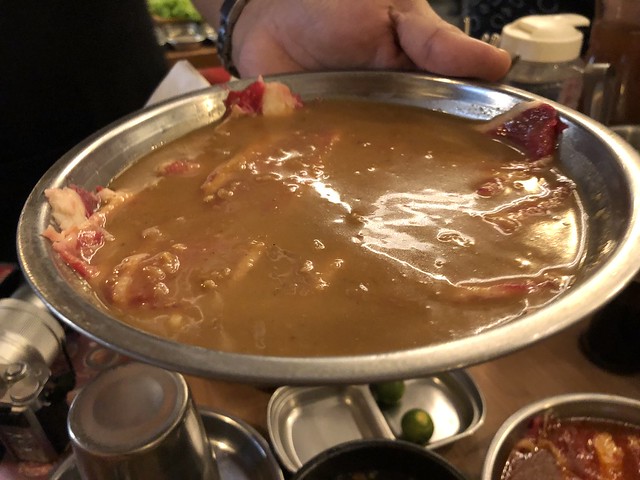 Kare-Kare – At first I was hesitant with that flavor as I thought it was too watery but I was wrong. That’s real peanut sauce and when we cooked it, this was the most refilled meat that night. It was really good! 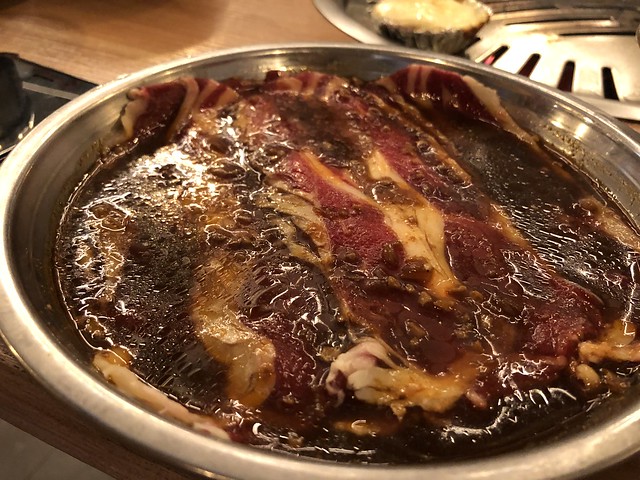 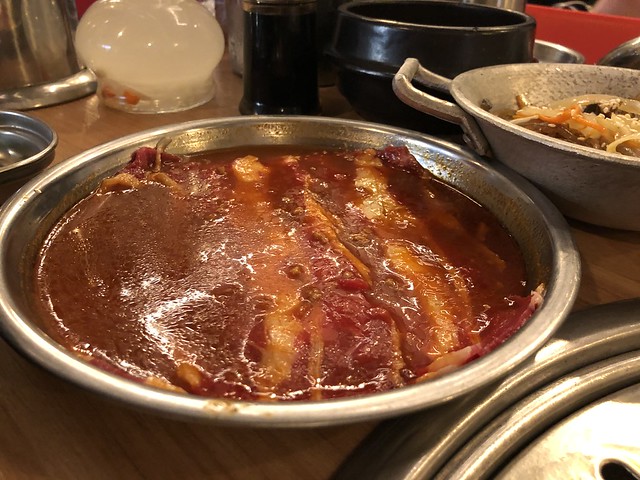 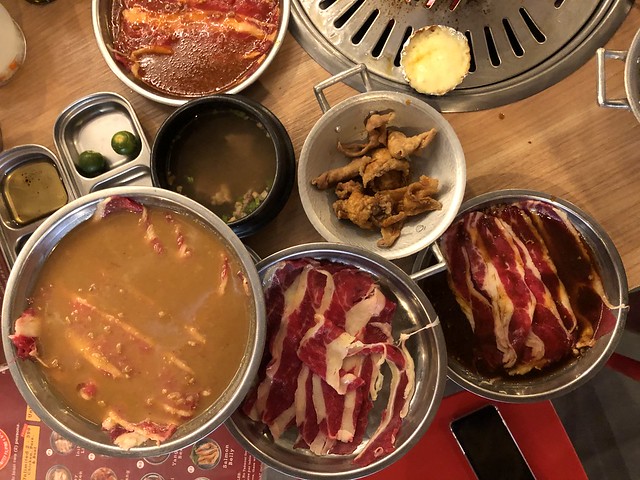 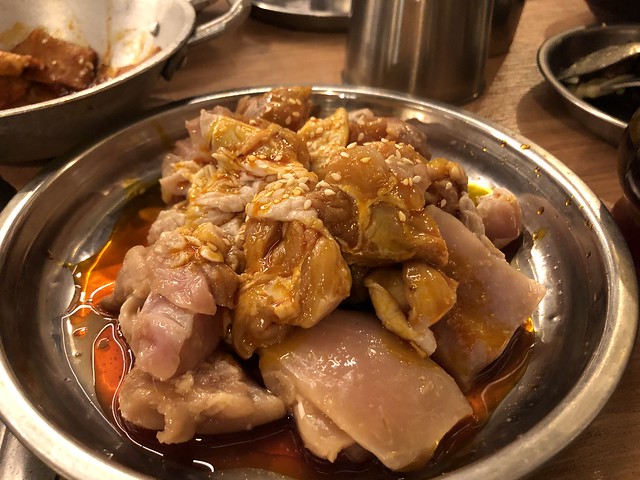 Chicken Inasal – look at that chicken oil.  It really tastes like that one from Bacolod. 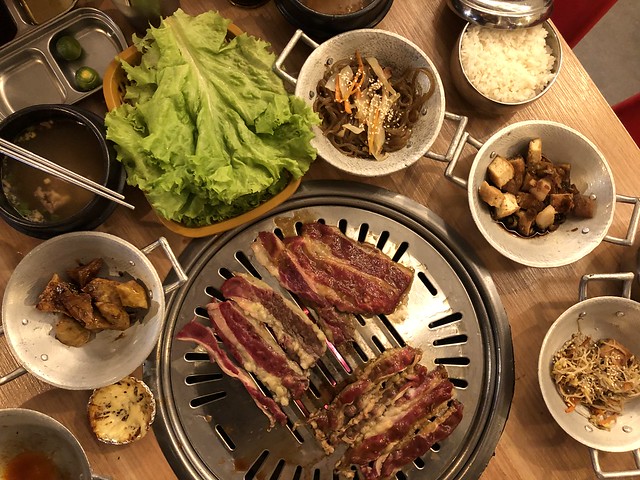 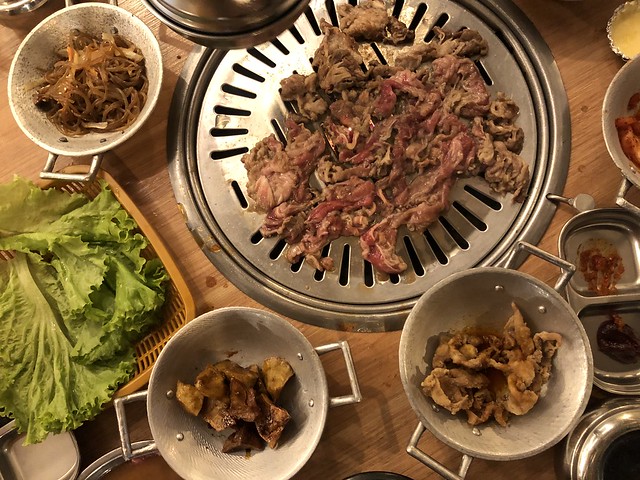 Bulgogi – These thin strips of beef were marinated really well.  I love all of it. 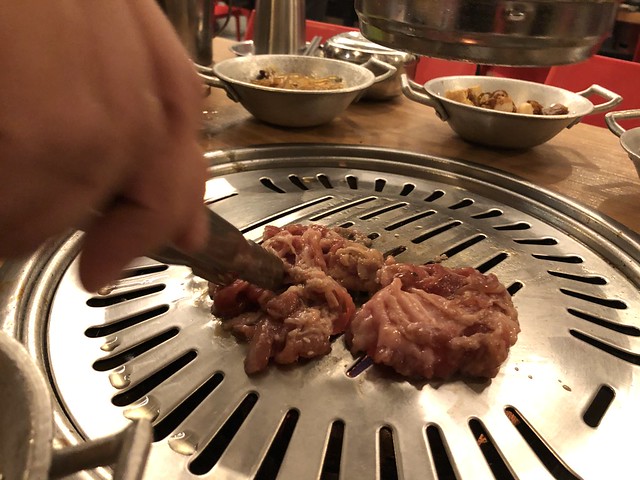 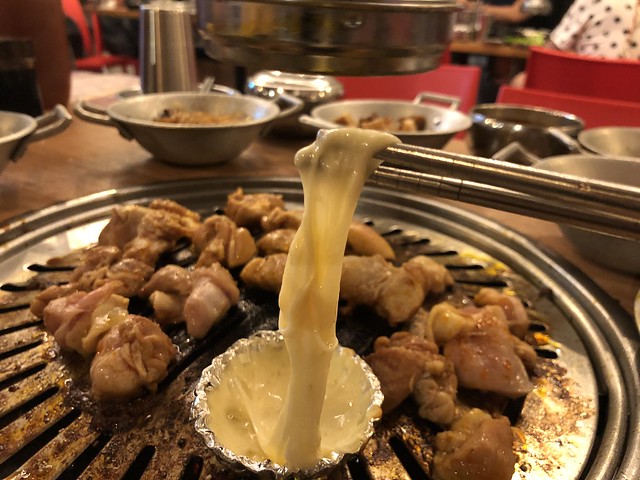 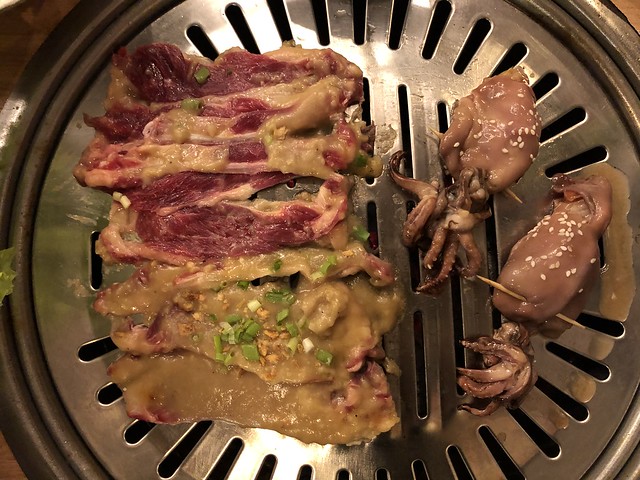 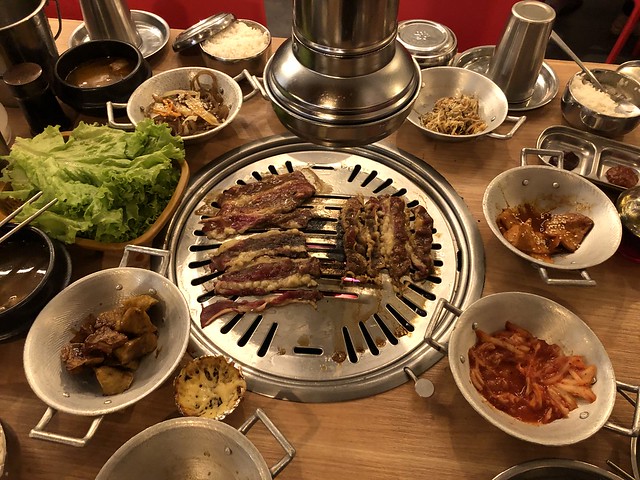 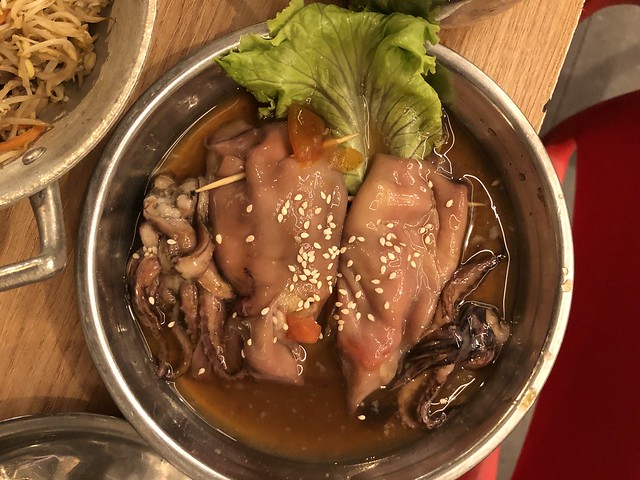 Pusit Bulgogi – it was just sad that when we cooked it, it shrunk and its meat was too thin. 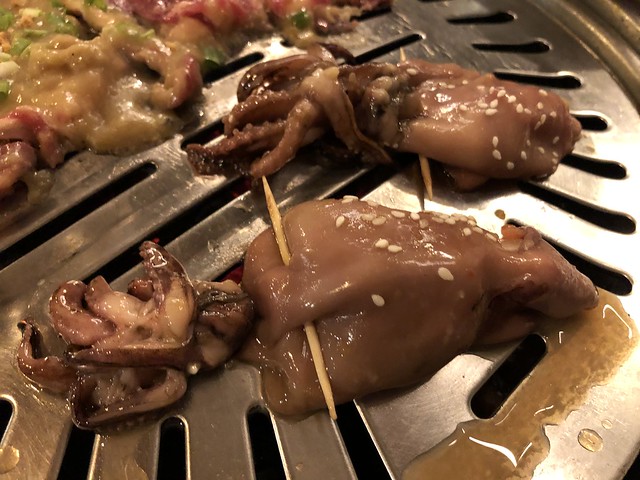 But it tasted really good still. 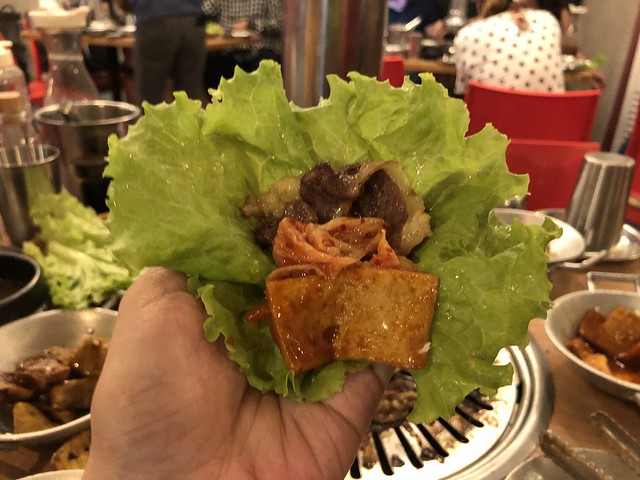 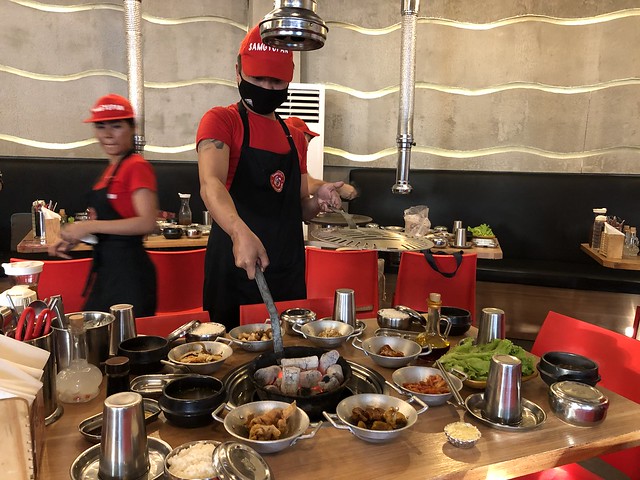 The staff were all assisting and they willingly changed the grill when it turned too dark.  They also were knowledgeable with its meat flavors.

I liked the concept of and not being confused with the look of the meat.  This is a no fuss BBQ dining experience that I enjoyed.