I remember seeing Movie Stars Cafe back in Mall of Asia, but did you know that Movie Stars Cafe already found new home at the Ground Floor of Eton Centris Mall in Quezon Avenue?  It reopened its doors last August 11 to foodies, movie buffs, as well as old and new patrons alike. 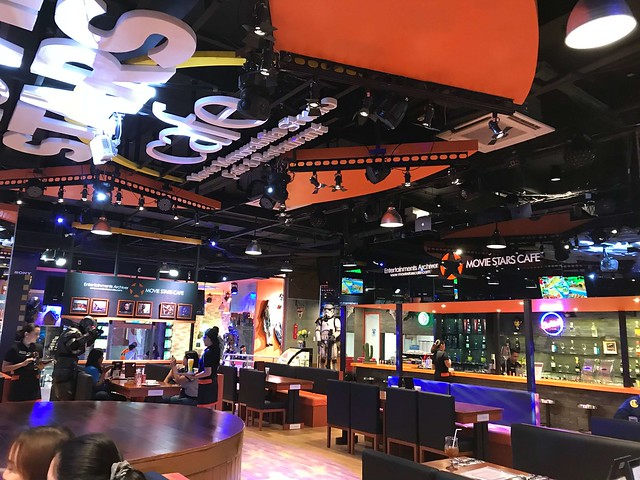 Movie Stars Cafe now has a spacious 1,711-square meter area that can accommodate up to 330 guests.  It has VIP rooms which can also be converted into big rooms for big events. 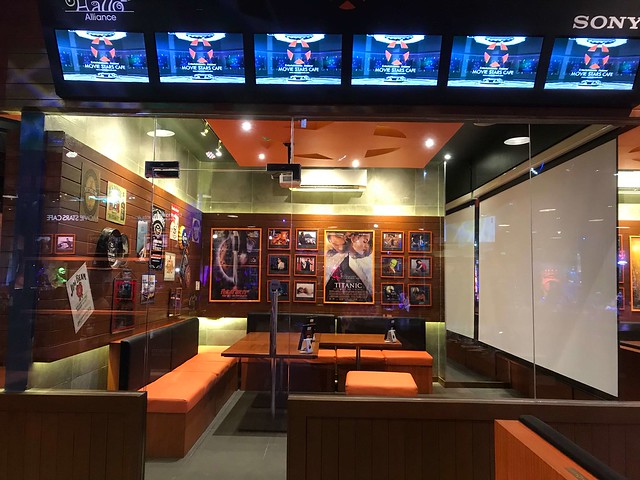 The interior indeed will amaze you.  With lots of statues and memorabilia of notable movie stars and characters placed in each corner of the venue. 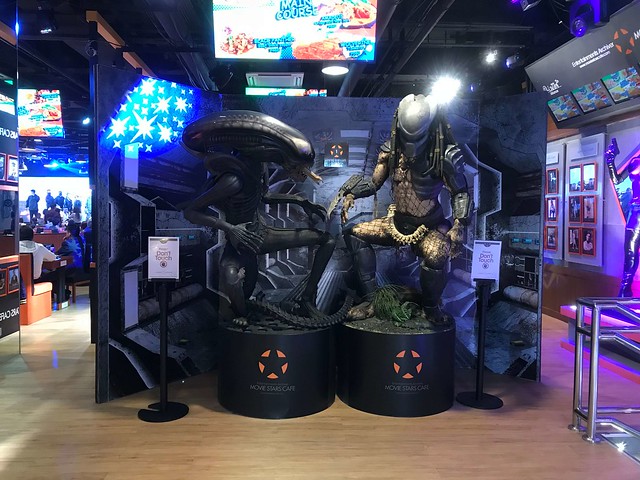 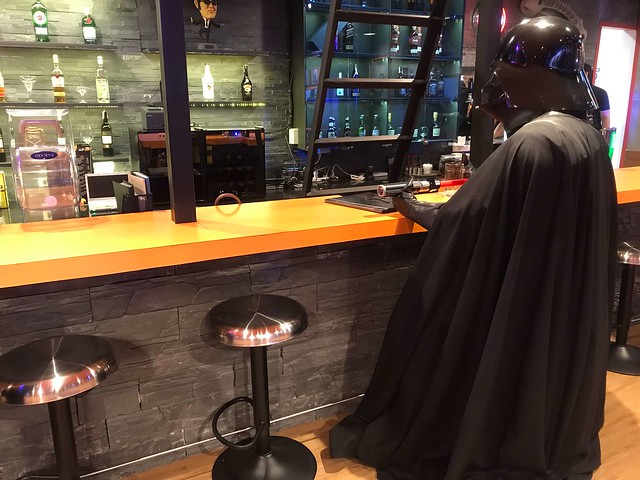 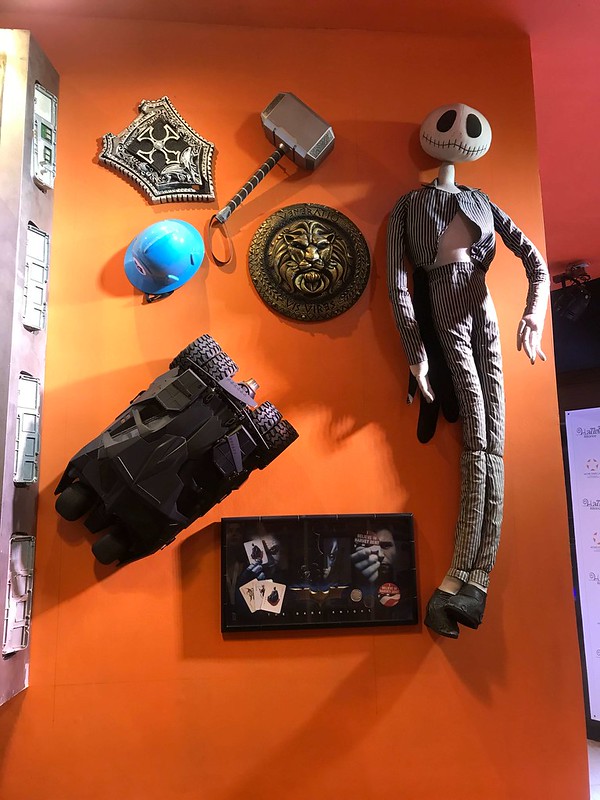 The stage is also strategically created similar to that of a theater platform to provide an optimum view of the restaurant’s well loved show. 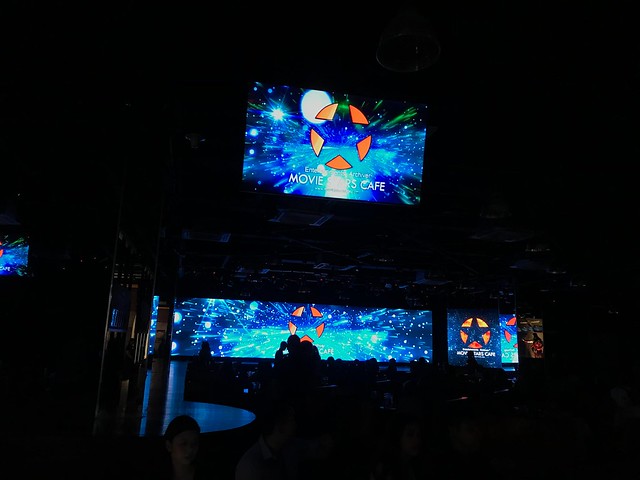 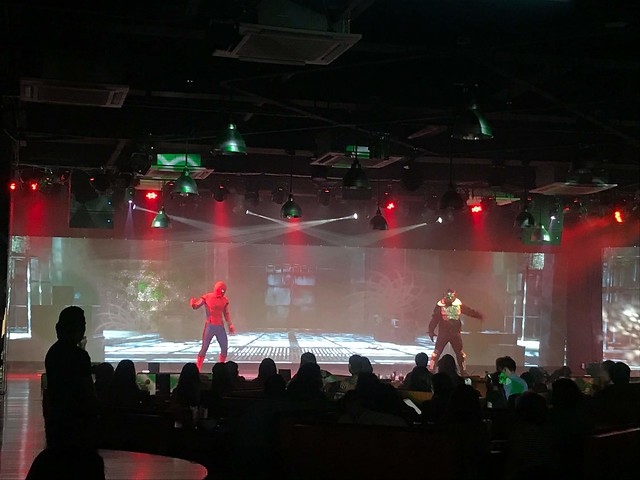 Mr. Yasunari Okada, Movie Stars Cafe Chairman has a vision to create a unique space that celebrates good food and good entertainment.  He believed that if these two were done together, nothing could go wrong, and so, he continues to provide specialty that is entertainment.

Even the food were named after film inspirations to the non-stop magnetic shows. 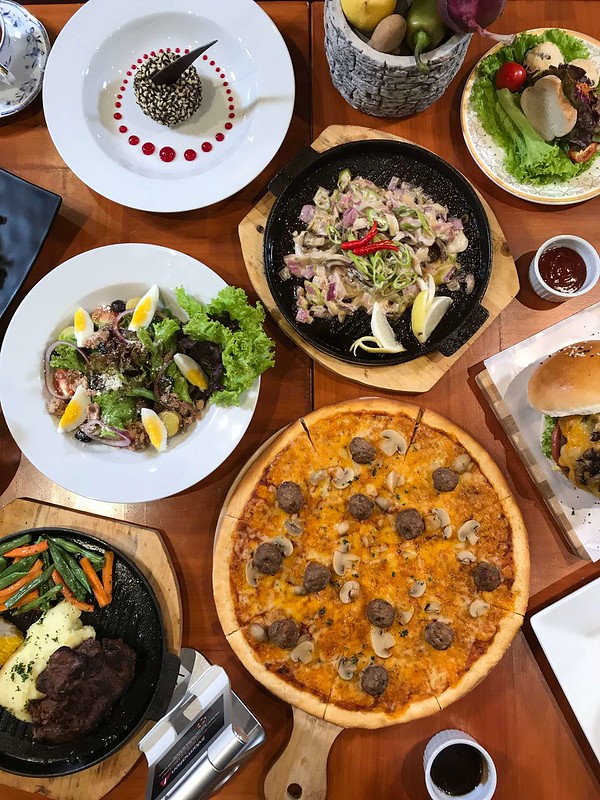 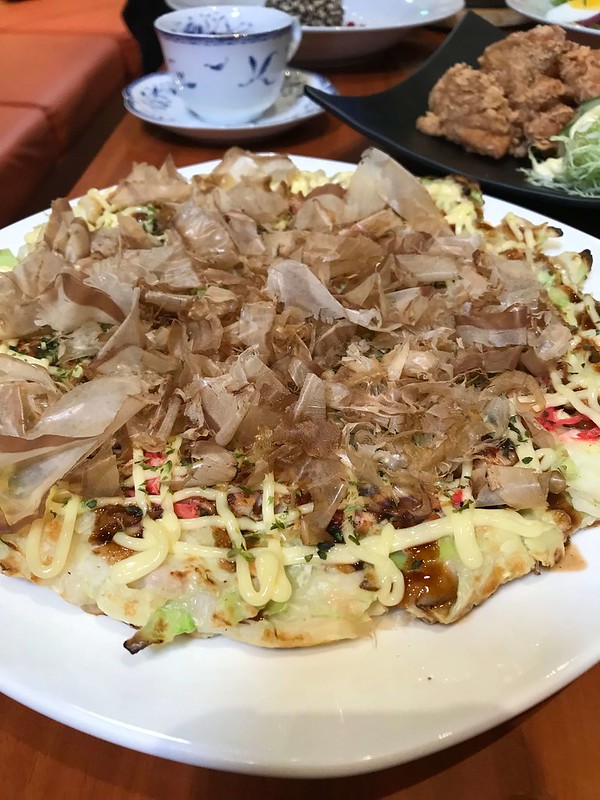 Pocahontas (Clam Chowder) – Made with chopped clams and diced potatoes in a mixed cream milk base often with a small amount of butter. The soup was thick and creamy and was indeed delicious! 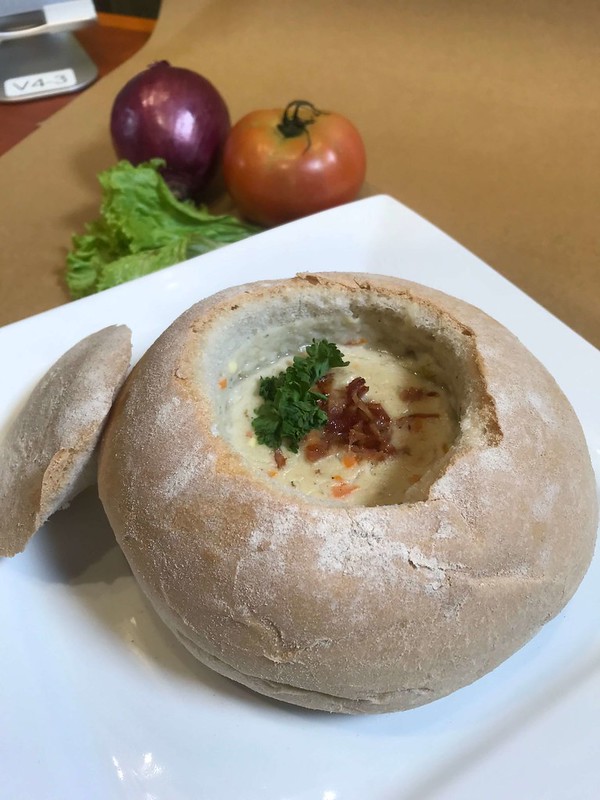 Space Balls (Meatball Pizza) – Crispy crust pizza topped with Pizza made cheese, bacon, ham, pepperoni and hot sauce under a delicious homemade thin crust. The pizza tasted really good.  The Bolognese was huge in size.  I just wish it could be more saucy. 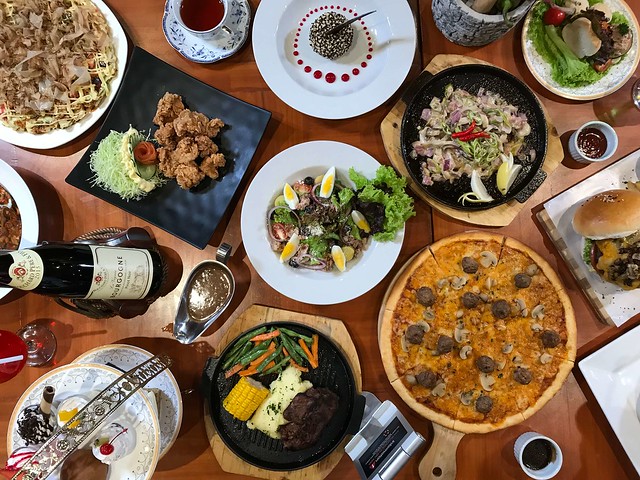 Double Trouble (Double Cheese Burger) – Charcoal grilled burger has double cheese inside, outside, with even more melted cheese oozing on top, Served with potato wedges on the side. 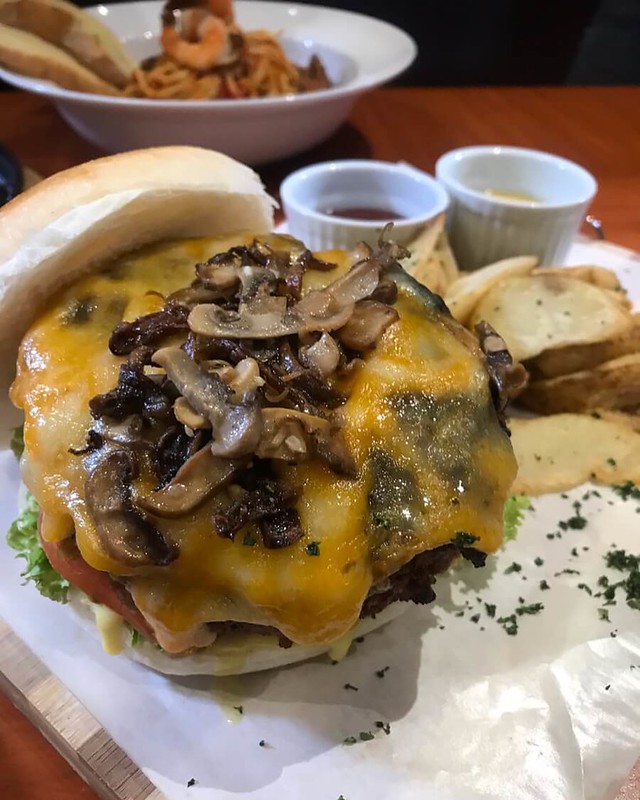 Sizzling Ursula (Squid Sisig) – Squid-filled sizzler with green finger chili for a sea food sensation with a kick. This would be one of the best dishes here in Movie Stars Cafe.  The squid was soft and cooked perfectly.  The sauce was a bit spicy. 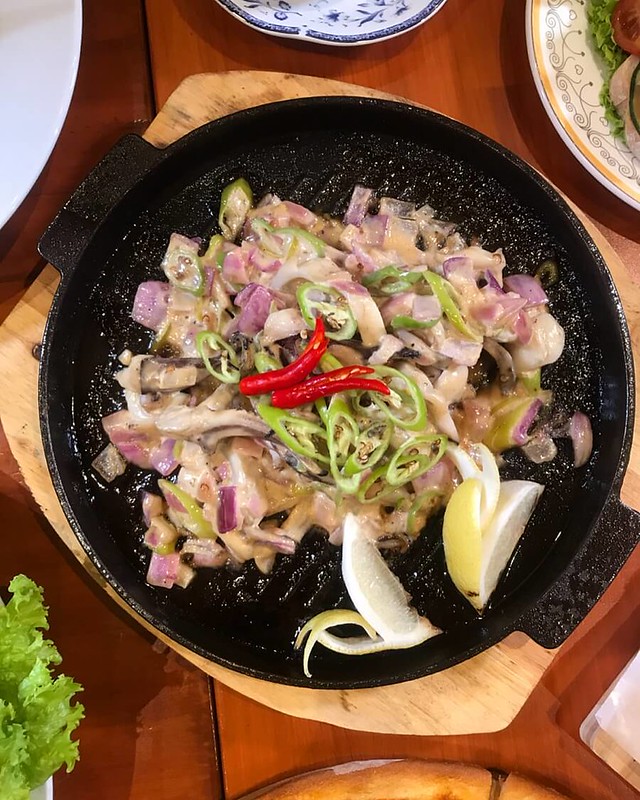 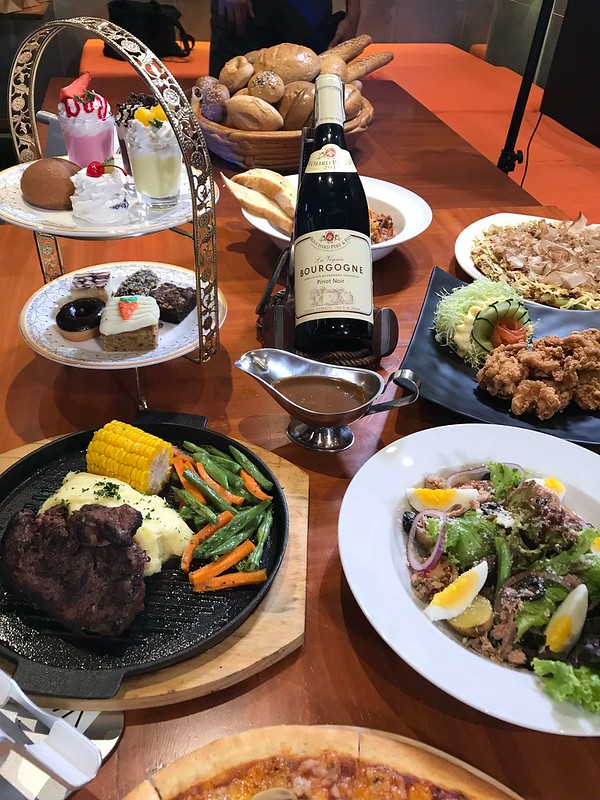 Rebecca (Tenderloin Steak) – Grilled tenderloin served with fresh vegetables with mashed potato.  Steak was tender and juicy.  However, the one sent to me has a burnt edges which made it taste a little bitter.

Maleficent (Strawberry and Cream Mousse) – Strawberry flavoured mousse with strawberry syrup.  This is such a perfect ending to a meal. 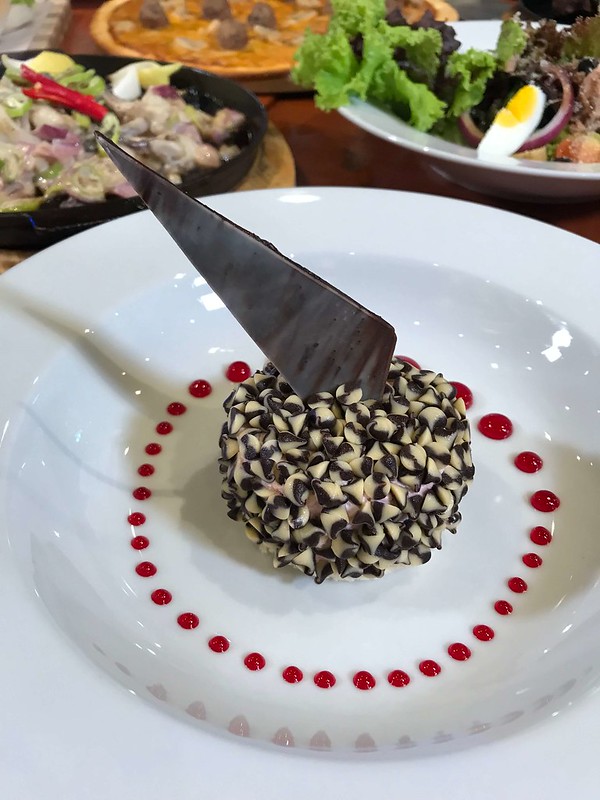 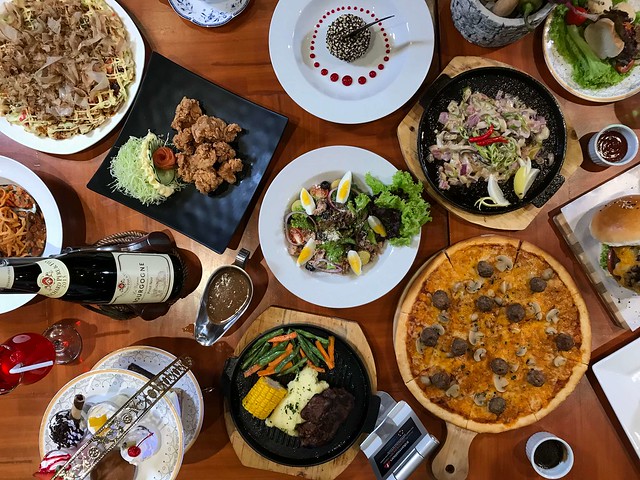 This restaurants will indeed make their guests feel like they’re living in a reel world.