Kam’s Roast just released its new menu which is perfect this Holiday Season.  This new dish is called Pipa Duck which actually looked and shape similar to the Chinese musical instrument named “Pei-pa” hence the name. 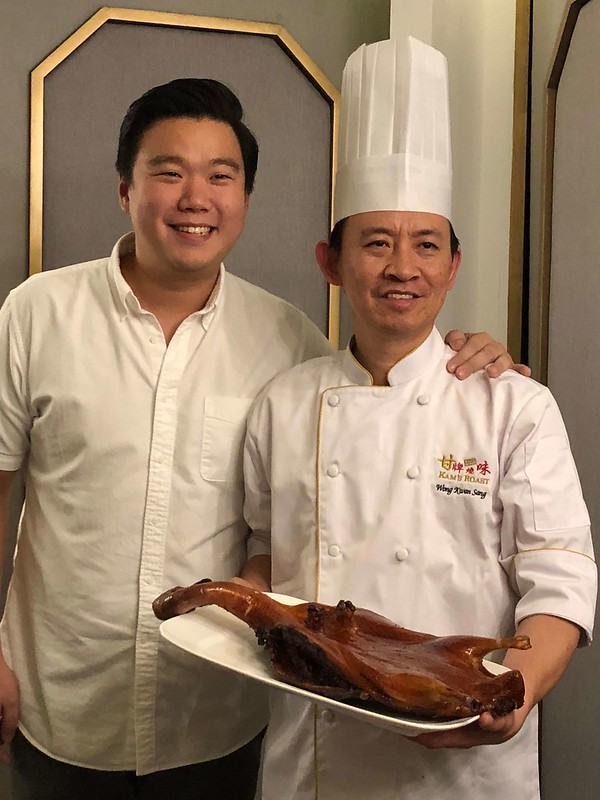 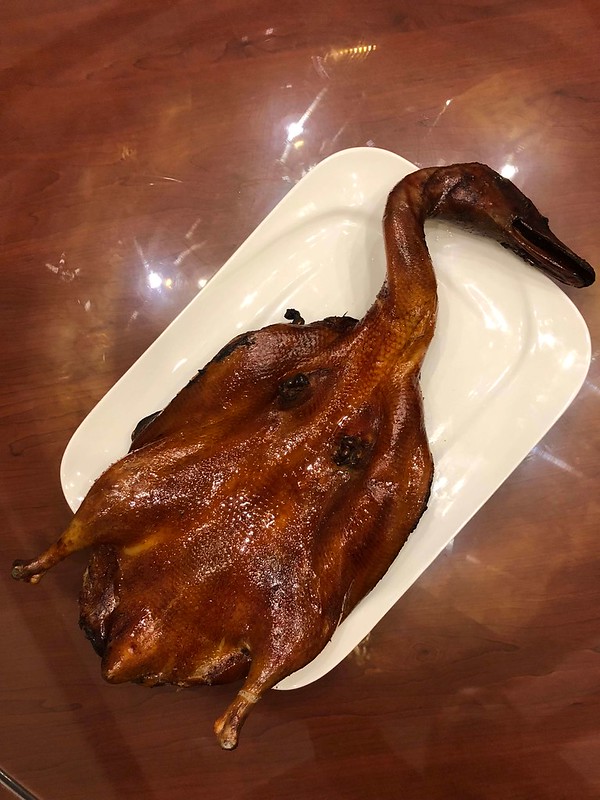 The Pipa Duck was initially butterfly-cut, roasted and then bathe with oil to have that crispy skin on the outside yet soft and tender inside. I can’t believe how well they did it.  There was no sauce brushed in it but it tasted fully flavored.  The skin was really crispy to think that it was so thin. The meat was tasty and full of flavors, too. 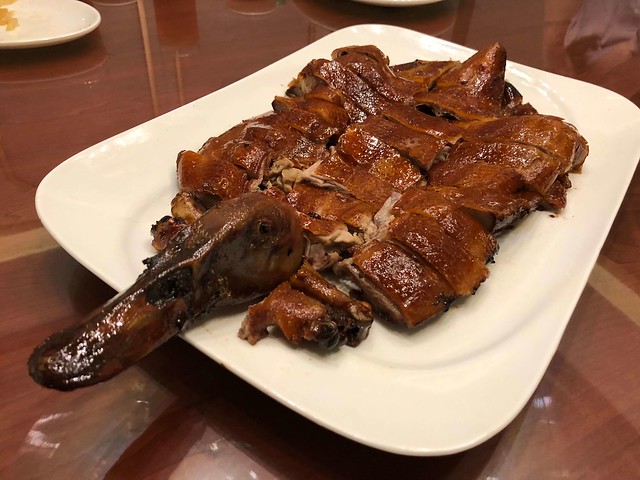 If you’re planning to take home some,  it’s recommended that you eat it right away as its taste deteriorates faster than the normal Roasted Duck. 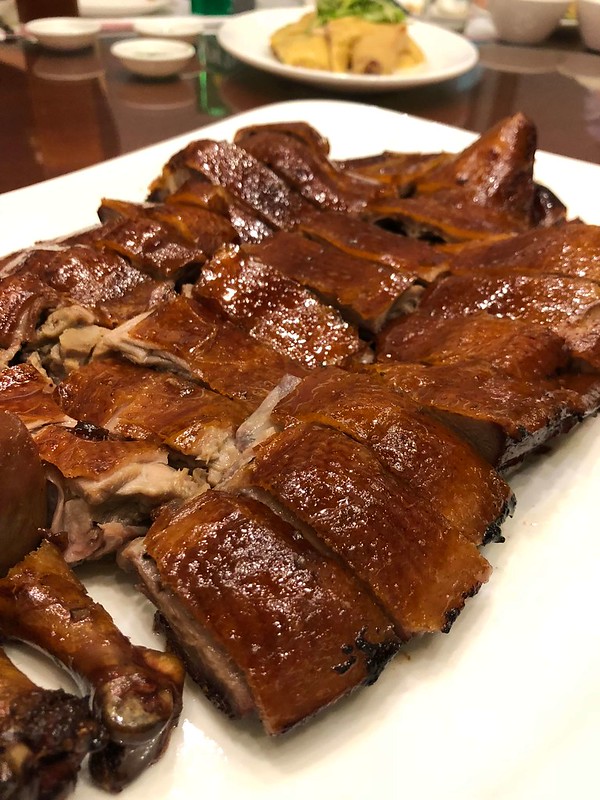 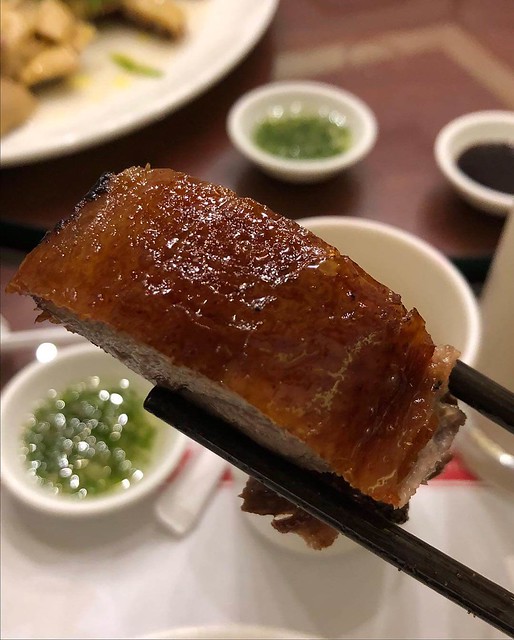 You can pair your Pipa Duck with Rice but during this event, I preferred some Braised Noodles with Shrimp Roe and it was great together.  The Shrimp Roe in it added some saltiness to flavor.  Also, there are three choices of sauces for you to dip your Pipa Duck in.  There are Hoisin, Ginger, and Pesto. 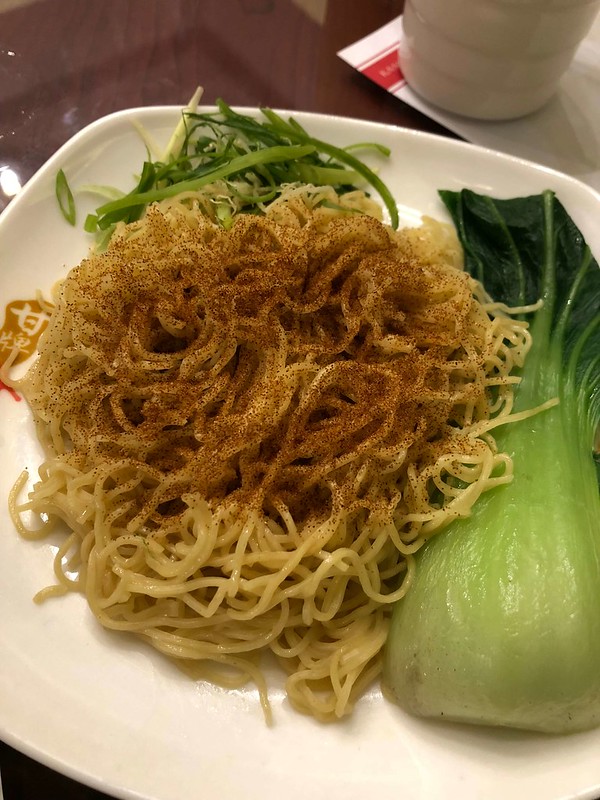 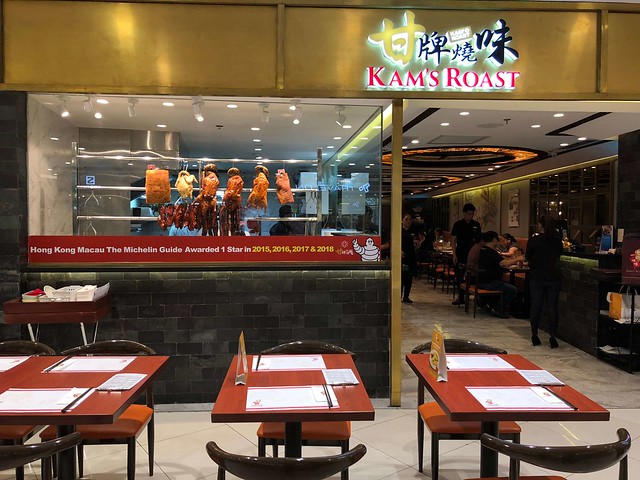 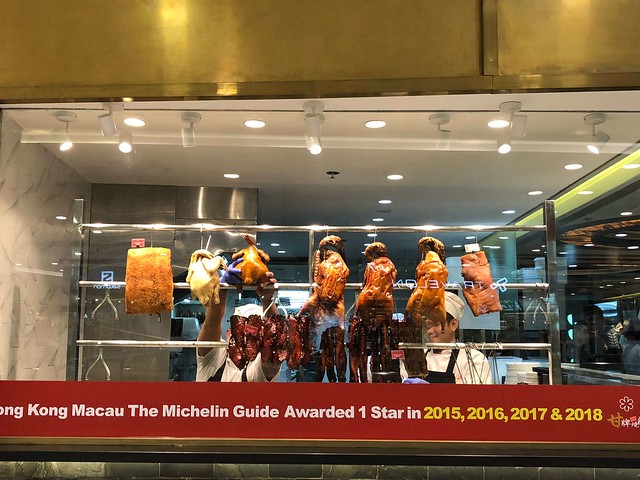 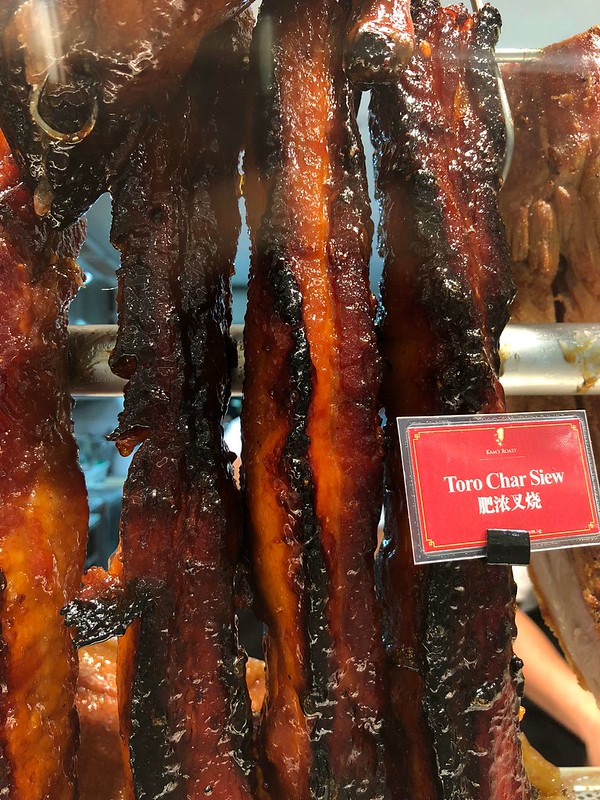 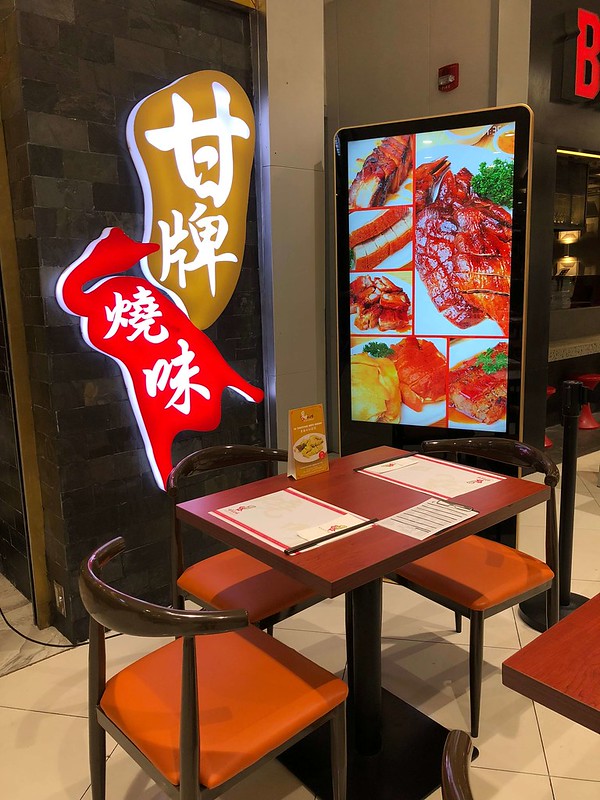 We were also sampled some of their famous dishes as well.  Kam’s Roast is known as they received a Michelin-Star for the way they roast their meats. 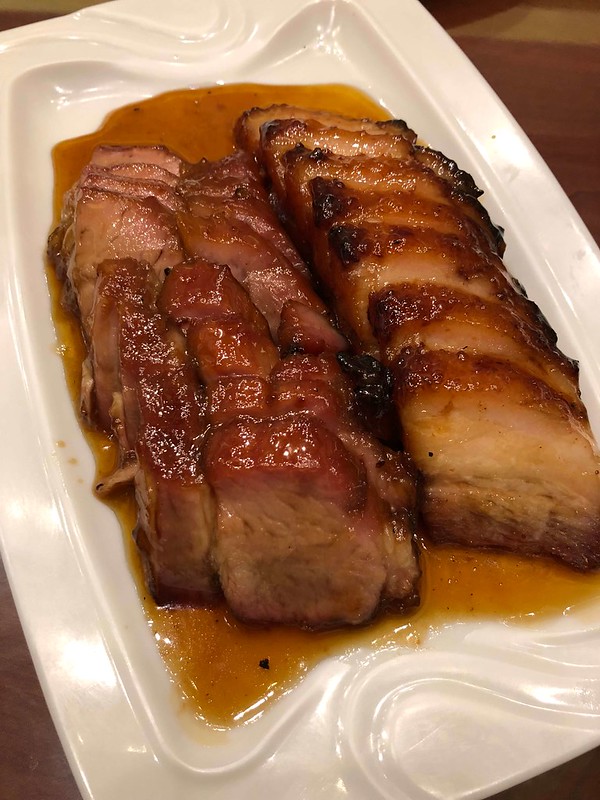 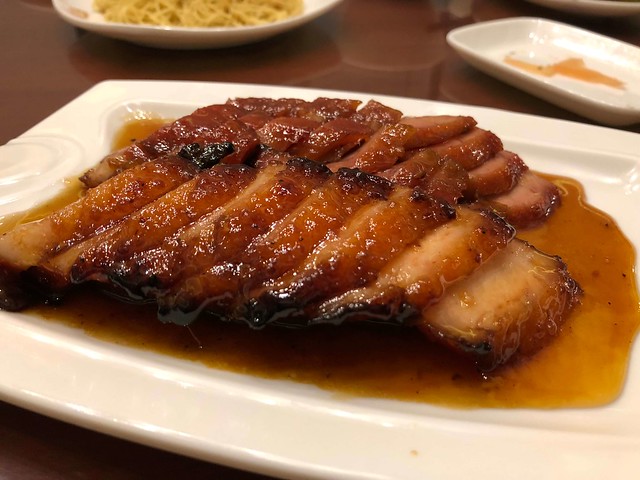 BBQ Pork Char Siu and Taro Char Siu (Php600) – The difference between the two is that the Char Siu has leaner meat.  Taro has some more fat in it.  The meat was really really tender and the sweetness was just right in every bite.  I’d love to have some of this as well on a Holiday Season.  It looked festive enough to me. 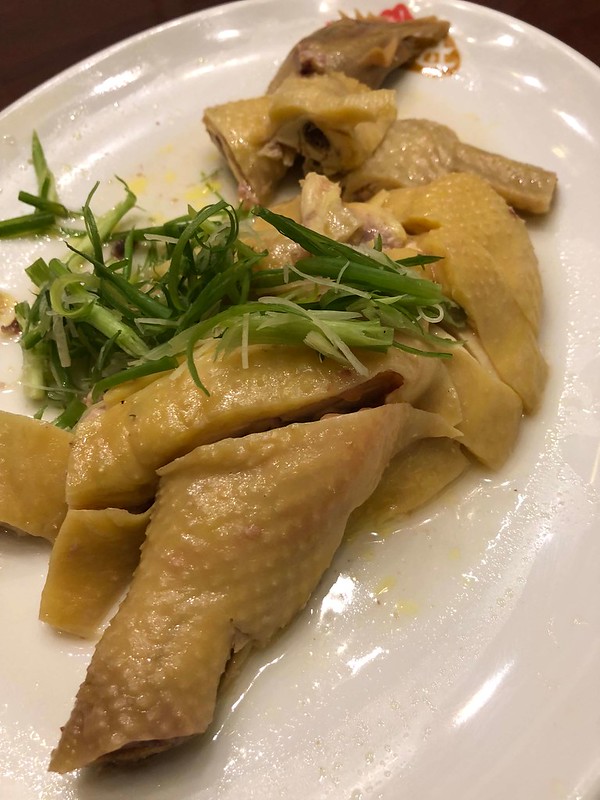 Native Chicken – It tasted much flavorful than the local Chicken. The silkiness of the meat was evident in every bite. 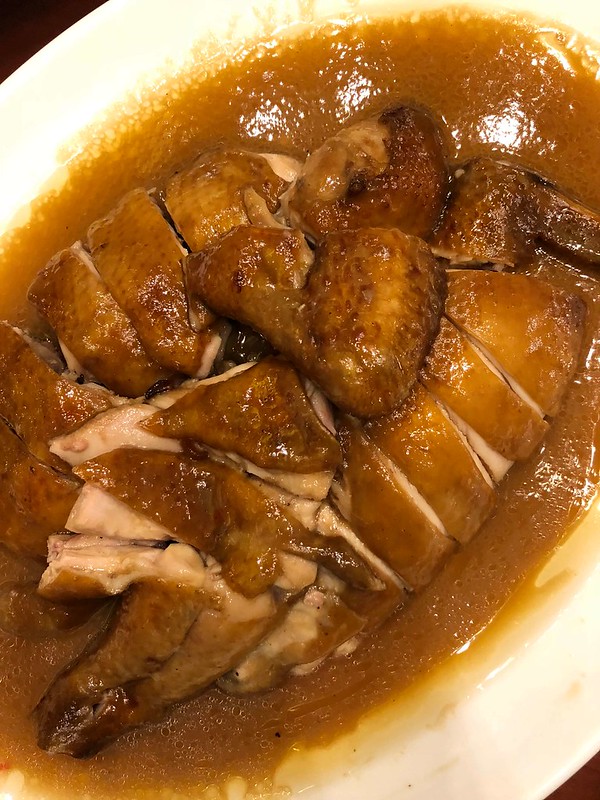 Soya Chicken (Php500 Half/Php980 Whole) – This Chicken is actually from our local market but still it was cooked juicy and simply delicious.  It has some gravy sauce as what Filipinos wanted their Chicken to have. 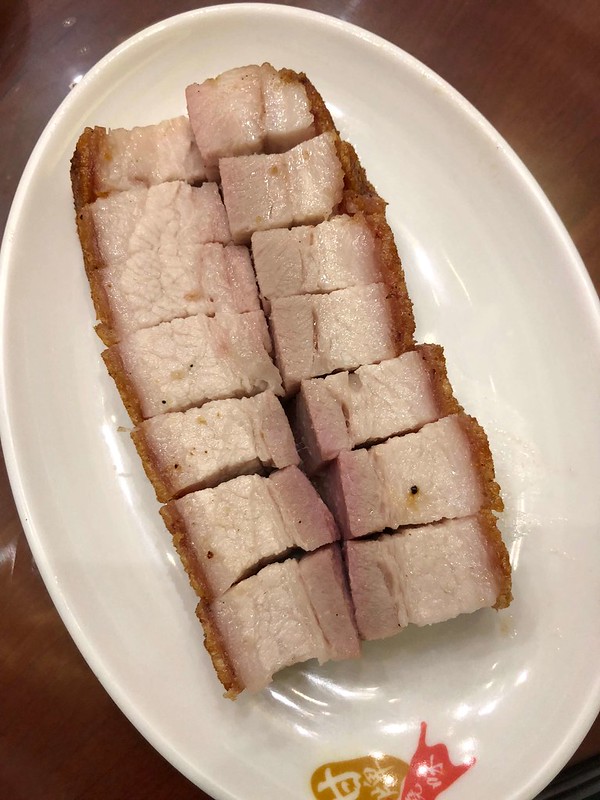 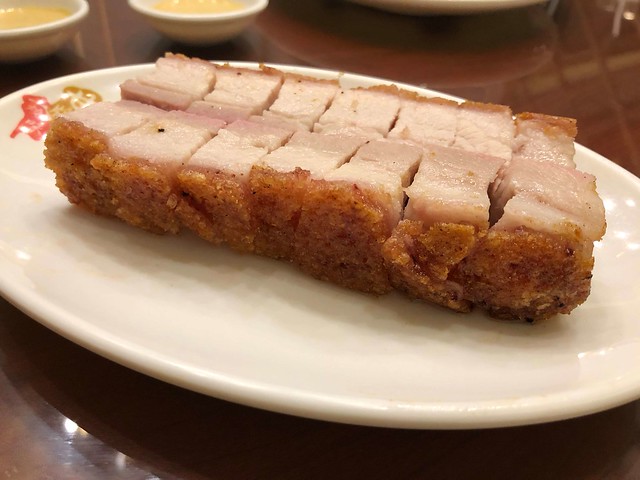 Crispy Roast Pork (Php700) – I love pork especially in this way of cooking and I absolutely dig this one.  Each bite just bursts with the flavor of goodness.

It’s definitely a must try to have some Pipa Duck this Holiday Season.  Bring over some friends and family and share this magnificent dish to everyone. I can assure you that you will love it as much as we all did.