I’ve been hearing a lot of good things about Bistro Charlemagne. I’m glad that there’s a new branch near me where I could finally try its dishes with Asian and European flare. This new branch in Ayala Malls Manila Bay is located at Podium 4, 3rd floor of Lot 2, Cinema Building. 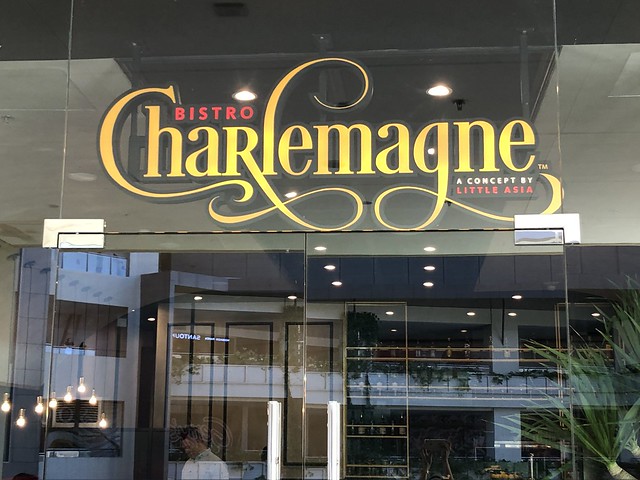 This restaurant is the newest creation by Little Asia. They offer traditional recipes as well as all time favorites from Little Asia.

The interior exudes sophistication with red velvet and snakeskin couches and chairs.  Tables are filled with white plates that were shipped abroad along with cutlery set and glasses all placed neatly.. 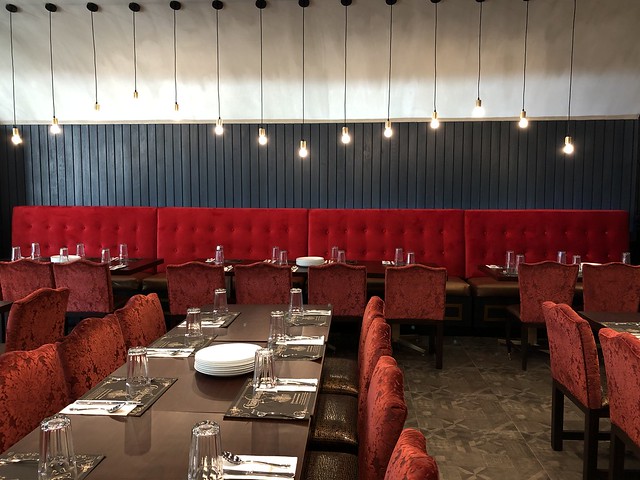 But don’t get intimidated by its posh settings as they offer affordable dishes that are friendly on the pocket. For as low as Php235, you can get scrumptious meals already with its elegant set-up. That includes a rice meal with soup 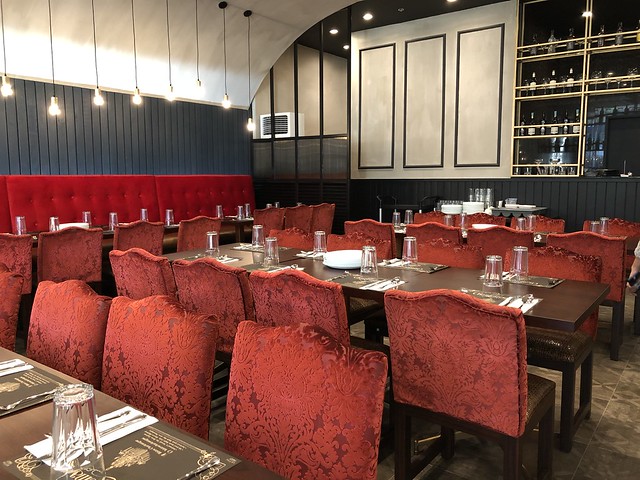 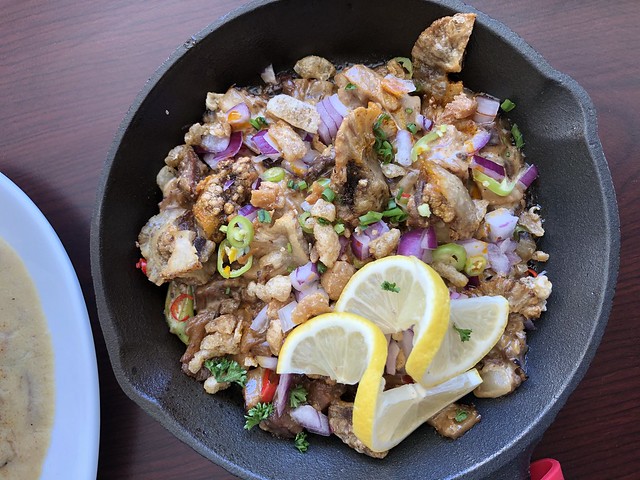 Ox Sisig (Php355) – Slow-cooked ox tongue and ox tripe mixed with special livermansi-mayo topped with chicharon bulaklak
Sinfully good. The meat was tender and flavorful. I am a fan of Sisig and Chicharon Bulaklak separately, but in this one sizzling plate, it was overwhelming – but, isn’t that the idea? – Just make sure you have some beer to wash it down. 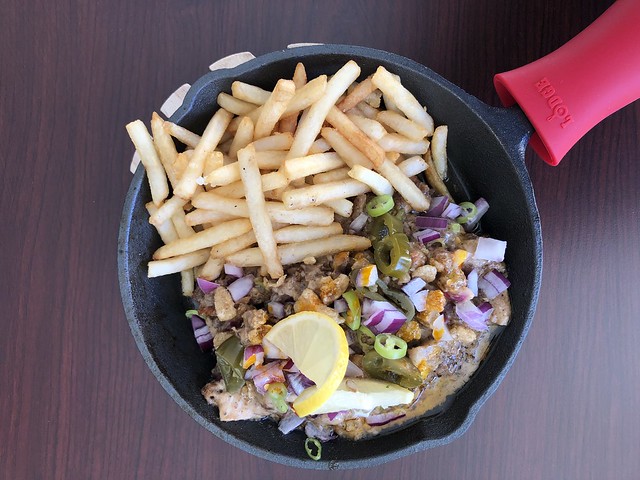 Bistro Sisig Fries (Php315) – Ooh! Sisig, I just love this dish so much. There are only a few restaurants on my list that I think serves the best Sisig and this restaurant belongs to my list. 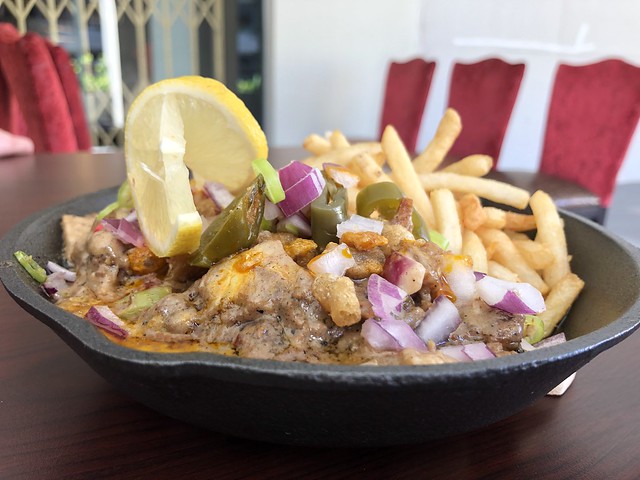 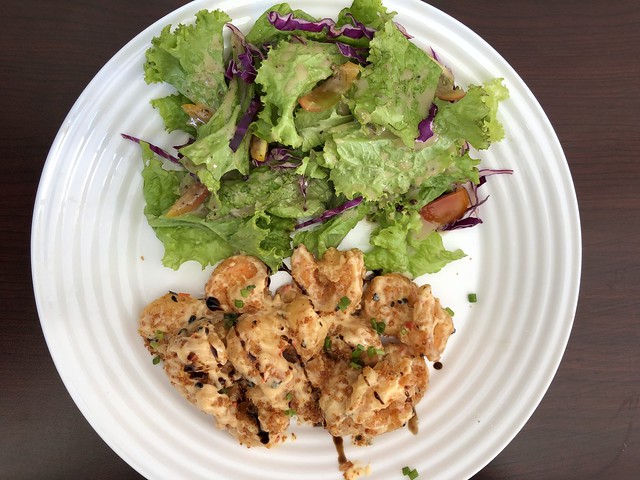 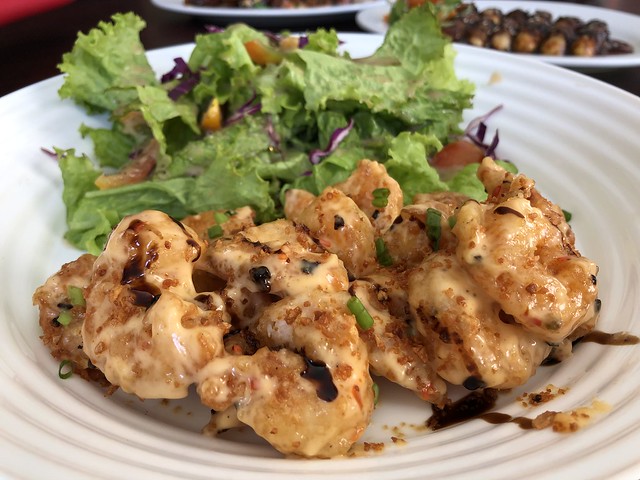 My favorite dish here. The Shrimp was perfectly fried with its light batter making it crispy.  It was then tossed in the mayo sauce that has a slightly spicy-peppery kick. It was really good.  I can finish a whole plate of this. 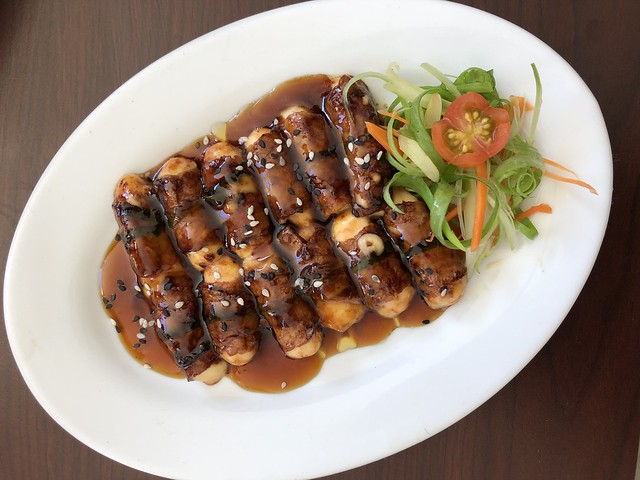 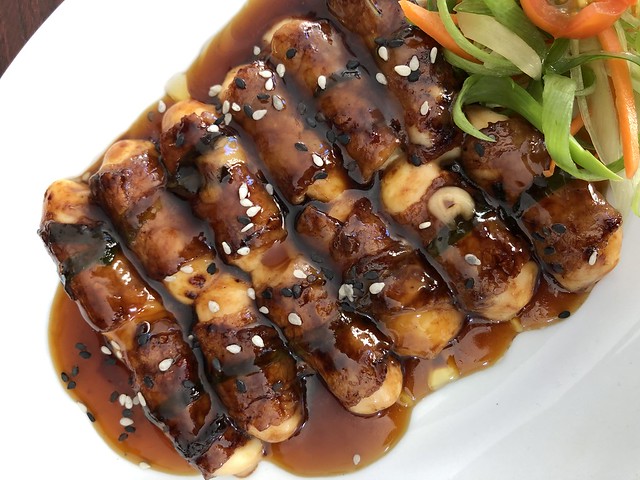 Another hit! Well, you can never go wrong with beef and cheese. The teriyaki sauce gives some saltiness in it while the cheese gives a creamy texture. I am warning you, this is addicting. 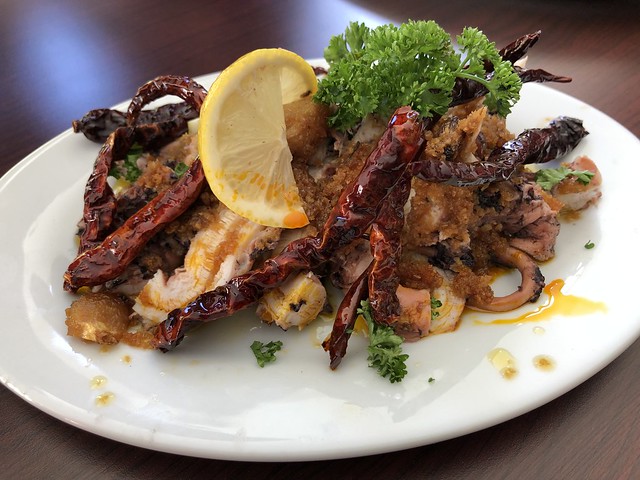 Octopus ala Pobre (Php395) – Slow-braised octopus in special homemade chorizo, vinaigrette, and herbs
That’s one tender Octopus. I was quite surprise that it was not chewy.  The texture was somehow similar to chicken already. 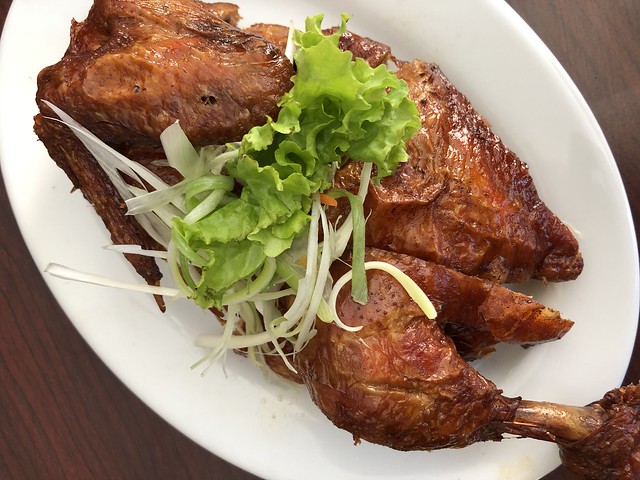 Little Asia’s Crispy Chicken – A classic house special crispy chicken with freshly made savory gravy. Chicken was perfectly fried and its golden skin was crispy, too.  I just wish the flavor would seep through the chicken as I thought all the flavors were on its skin. Good thing there’s some dipping sauce. 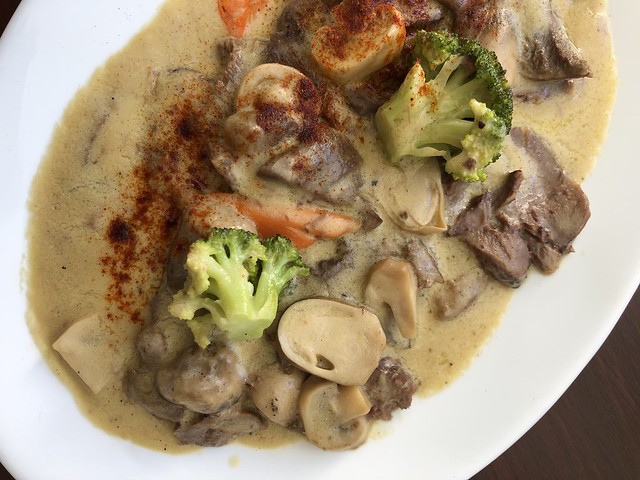 Battle of Lengua.  Are you team White Sauce or Brown Sauce? 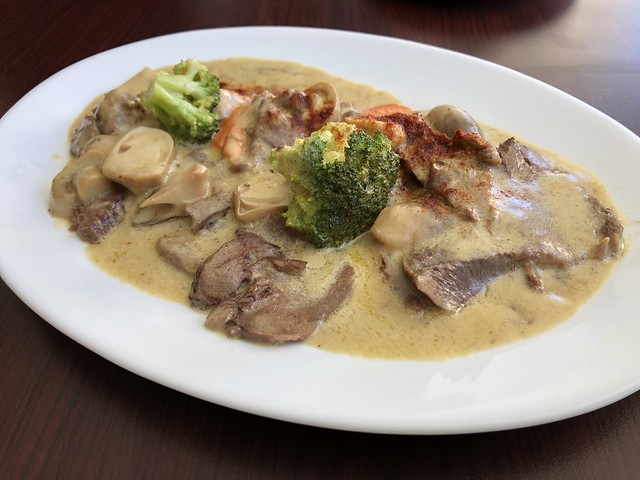 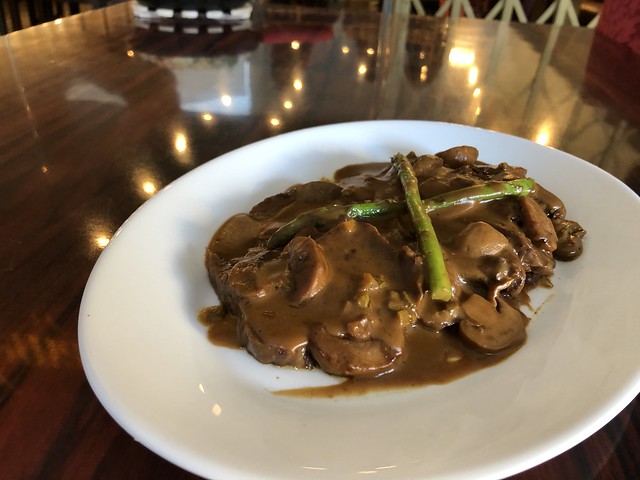 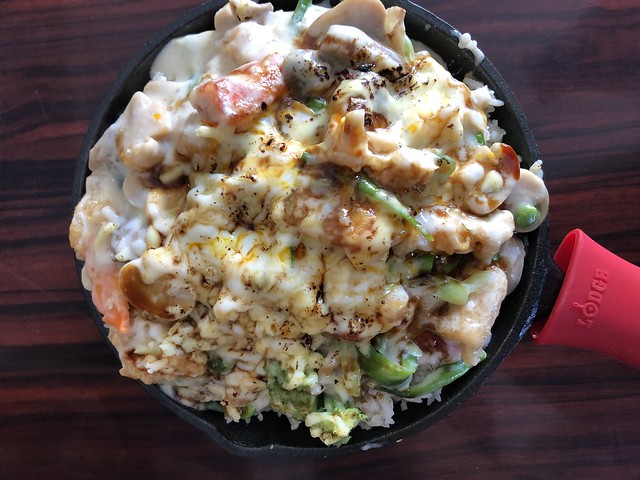 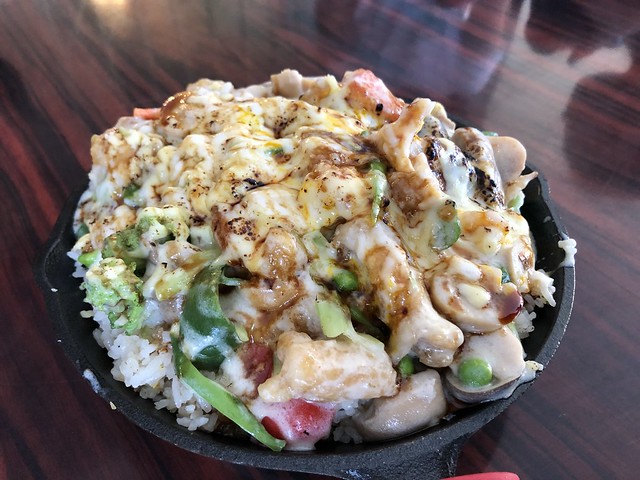 I was amazed that its creaminess wasn’t overpowering. 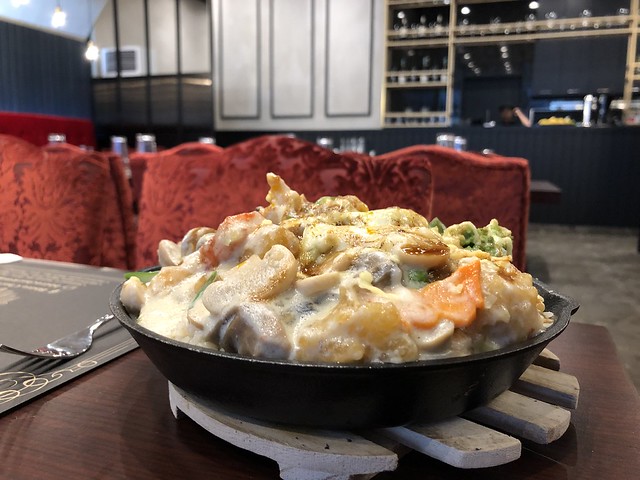 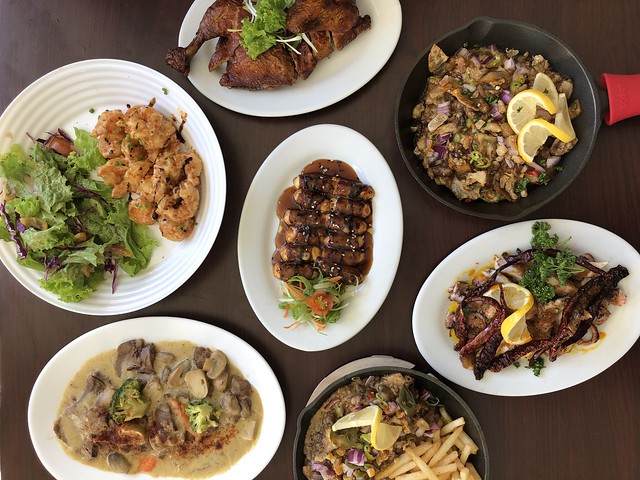 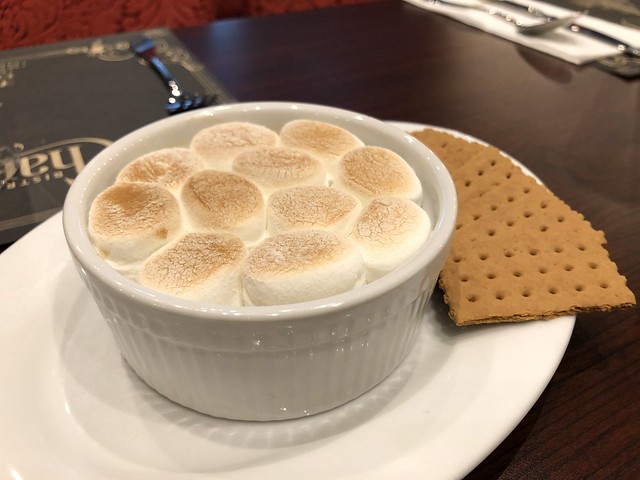 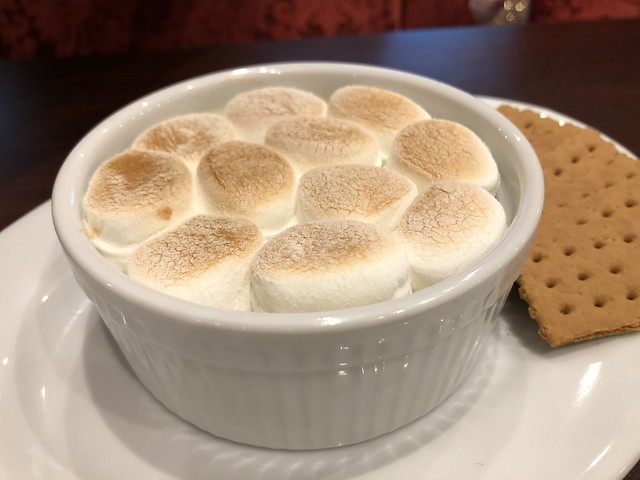 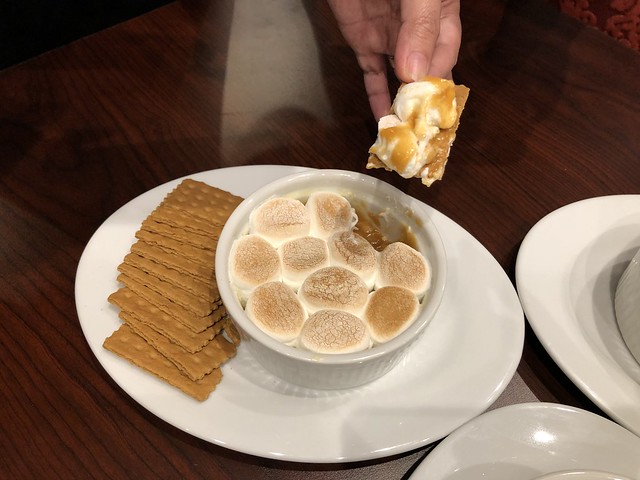 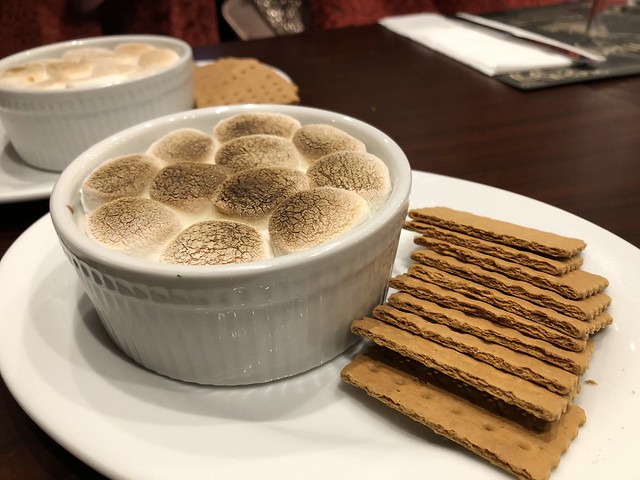 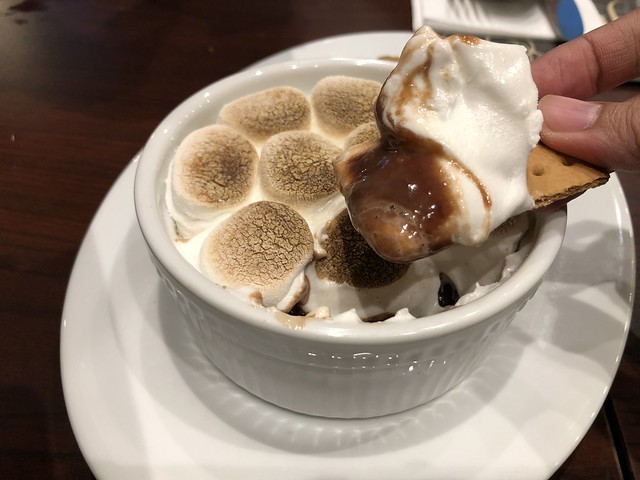 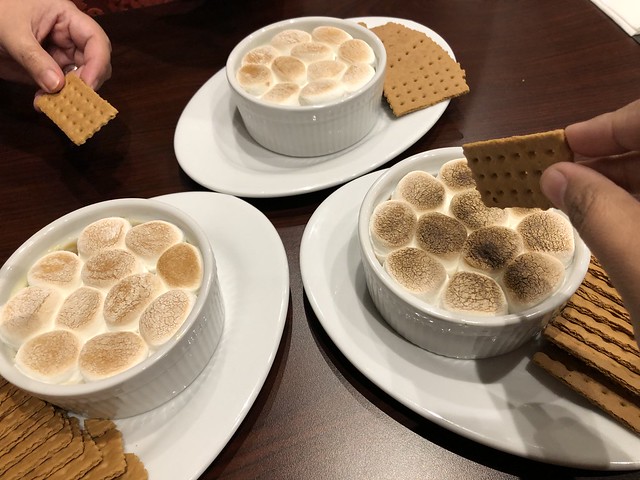 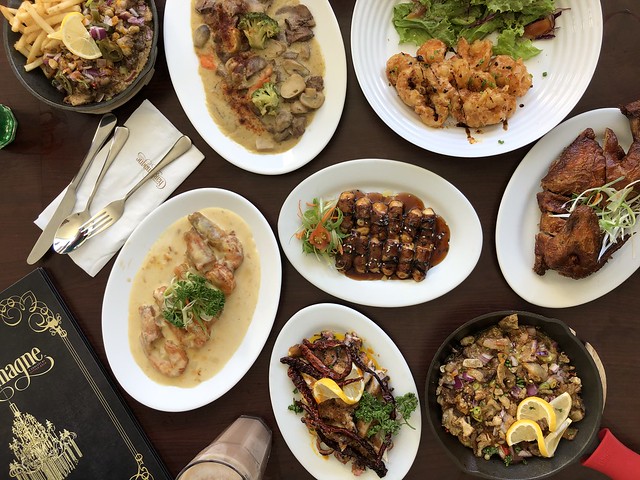 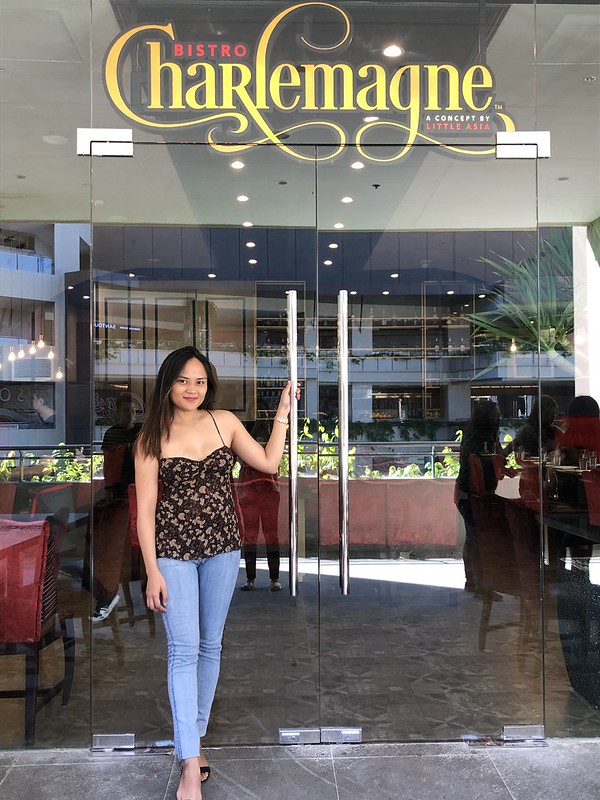 Bistro Charlemagne is located at Lot 2, Third Floor, Cinemas Building, Ayala Malls Manila Bay, Entertainment City Paranaque
Open Mondays to Thursdays from 10am to 10pm and Fridays to Sundays from 10am to 11pm.
For reservations, call +63 2 79149082. 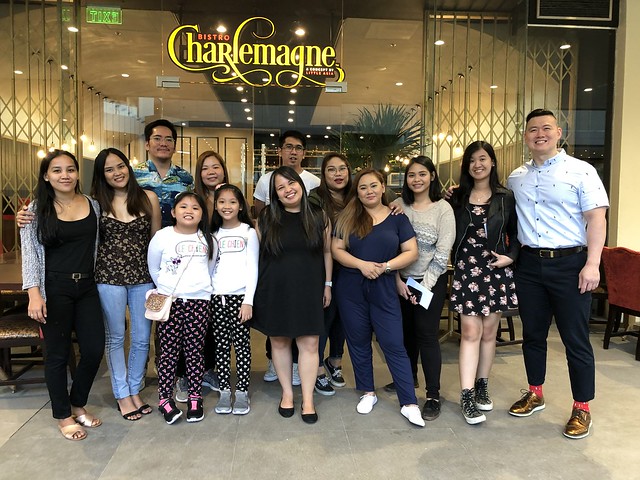 Thanks to Charlemagne for hosting this event with my co-blogger friends.